Q. It seems that one could end up with any number of Biblical interpretations depending on the prior choice of which hermeneutics (the interpretive axioms from which everything else is derived) to follow. So how does one decide which hermeneutical method to use when interpreting the Bible?  Are biblical hermeneutics largely based upon what the Bible says of itself?  Or are they chosen based on broadly accepted methods of textual criticism? If they are based on methods that apply to any text generally, how does one account for the unique status of the Bible in its interpretation and not essentially reduce it to merely human literature?

You’re absolutely right that the message we get out of the Bible is dependent on the method we use to understand it and apply it to our lives.  And nowhere in the Bible is there a specific set of instructions for what method we should use.  Nevertheless, people who believe that the Bible is divinely inspired generally agree about what the appropriate method is.

The character of the Bible is understood by such people according to a Christological analogy.  That is, just as Jesus was fully human and fully divine, so the Bible is the word of God coming to us through the writings of human authors.  The books of the Bible need to be fully human literature, or the Christological analogy does not hold.  This means that, as Rudolph Bultmann aptly put it in his essay on “The Problem of Hermeneutics,” “The interpretation of biblical writings is not subject to conditions different from those applying to all other kinds of literature.”  (Bultmann’s theory of inspiration was different from the one familiar to many of us today, but he still considered the Bible to be divinely inspired.)

And this view corresponds to the character of the biblical writings themselves.  They are composed in ordinary languages and follow the conventions of recognizable literary genres.  It is only by faith, strengthened by the testimony of the Christian community throughout the ages and our own experience of the Bible as “living and active” in our own lives, that we recognize it to be the word of God.

But if someone does accept the Bible as God’s word to us, coming through human words that are spoken about and even to God, then they can be confident in responsibly interpreting it “based on methods that apply to any text generally,” as you put it.  This is actually very freeing, because it means that we don’t have to worry about finding some secret code or esoteric method that will really disclose the Bible’s message to us.

If we learn how to read well, we will read the Bible well. 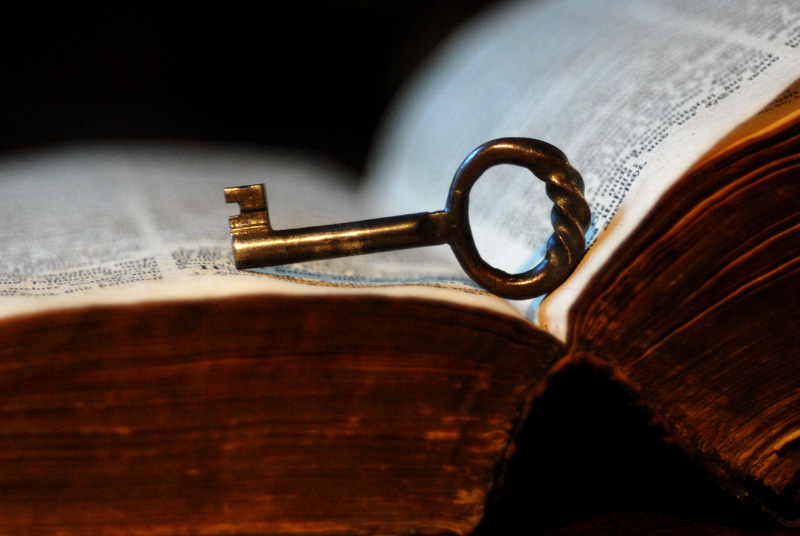 2 thoughts on “Should the Bible be interpreted based on methods that apply to any text generally?”

Why do Matthew and Luke seem to disagree about the circumstances of Jesus’ birth?

How long did the baby Jesus stay in the manger in the stable?

How long did Jesus live in Egypt?

Wasn’t the Messiah supposed to be named Emmanuel?

Was Jesus the “angel of the Lord” who appeared to the shepherds?

Why would the Magi have wanted to worship the king of the Jews?

If Jesus gave up his divine attributes to become incarnate, how was he able to do miracles?

How was Jesus from the line of King David if his real father was not Joseph?