In yesterday’s post we began to explore the question of whether the Bible says we shouldn’t pay or charge interest. We saw that the term nešek is sometimes translated “usury” or “excessive interest,” especially when paired with the term tarbit. But other times nešek is translated simply as “interest.” The difference is important for those who want to live by the Bible’s teaching.

A likely solution to this problem has come from recent advances in biblical scholarship, which have suggested a subtle distinction between nešek and tarbit.  Nešek seems to mean charging a certain percentage of a loan for each given period that it remains outstanding (for example, 5% per year), while tarbit seems to describe requiring a debtor to pay back a fixed amount more than was borrowed.  These were, apparently, two different practices of moneylenders in biblical times.

The latest update to the NIV (2011), which incorporates many such advances in scholarship, reflects this new understanding by saying in Ezekiel that the righteous person does not lend to the needy “at interest” (no longer “excessive interest”) or “take a profit from them.”  In this version Proverbs now speaks similarly not of “exorbitant interest” but of “interest or profit.” Nešek is now translated as “interest” rather than “usury” in Psalm 15, and the translation remains “interest” in Exodus, Leviticus, and Deuteronomy.

The answer to the question, then, is that in Ezekiel and in other books, the Old Testament opposes interest of any kind, not just excessive interest.  (Nehemiah, for example, demanded that his fellow returned exiles refund the 1% interest they were charging their fellow Israelites.)

So is this a principle we should follow in our own day?  Should we not deposit our money in banks that will lend it out at interest, and should we not use credit cards so that we won’t be complicit in others charging (us) interest?

In deciding such matters, we need to appreciate the difference between the biblical context and our own.  In the basically cashless ancient economy, those who were very poor often had to borrow the food, seed, and clothing that they needed. But they had nothing to guarantee these loans except their land or persons.  And so adding even a small amount of interest or profit would likely make it impossible for the poor person to repay the loan. This would lead to land forfeiture or slavery. In other words, the real objection is to predatory lending that exploits and victimizes the poor.  The Israelites were to fear God and help the poor freely instead.

We do have at least one hint in the Bible that in other, more commercialized contexts a reasonable amount of interest that allows lenders to offer a needed service and make the profit necessary to stay in business is permissible.  In Jesus’ parable about the three servants who were entrusted with money during their master’s absence, the master–who represents God–says to the last servant, “You should have put my money on deposit with the bankers, so that when I returned I would have received it back with interest” (Matthew 25:27).

However, as a matter of stewardship and godliness, we certainly shouldn’t use credit cards to buy a lot of things on impulse and be saddled with debt that keeps us from effectively participating in God’s work around us through our gifts and investment.  Self-control, savings, and discerning stewardship are important things we can build into our lives by asking carefully about paying interest.

Whatever convictions we reach in the end about charging or paying interest, we are clearly called to help the poor generously and freely, and actively oppose any practices that exploit them.

Q. In Ezekiel there are several mentions in the NIV of “usury or excessive interest.” Is there any linguistic reason to translate it that way, or is it just to accommodate modern readers’ comfort with charging interest? I had heard that usury originally meant charging any interest at all. 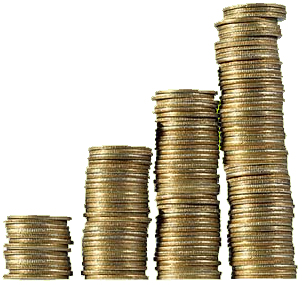 There’s not currently a study guide to Ezekiel in the Understanding the Books of the Bible series, but I’m very glad to answer your question. It deals with an issue that comes up in other books such as Proverbs, Psalms, and Deuteronomy, for which there are guides (these links will take you to them). It’s an important question for those who want to live by the Bible’s teaching.  Should we not deposit our money in banks that will lend it out at interest? Should we not use credit cards so that we won’t be complicit in others charging (us) interest?

The challenge in translating the passages you’re referring to in Ezekiel is how to render two separate but related terms, nešek and tarbit.  Why does Ezekiel use both terms when he says, for example, that the righteous person “does not lend with nešek or take tarbit“?  Is this a poetic parallelism, the juxtaposition of terms that are synonyms?

The 1984 version of the NIV takes it this way, translating the terms as “usury” and “excessive interest,” respectively.  The two words also appear together in Proverbs, where this version combines them into a single term:  “He who increases his wealth by exorbitant interest [nešek and tarbit] amasses it for another, who will be kind to the poor.”

But translating nešek alone as “excessive interest” is, as you observe, inconsistent with the way the 1984 NIV usually translates this term elsewhere. It does render nešek in Psalm 15 as “usury,” but in other passages the word has the sense of ordinary interest: “If you lend money to one of my people among you who is needy, do not be like a moneylender; charge him no interest” (Exodus); , “Do not take interest of any kind” from a fellow Israelite” (Leviticus); “Do not charge your brother interest” (Deuteronomy).

So which is it?  Does the Bible say that we shouldn’t charge or pay any interest at all, or just exorbitant interest?