Q. Is it all right for Christians to read books and watch movies that have magic in them? 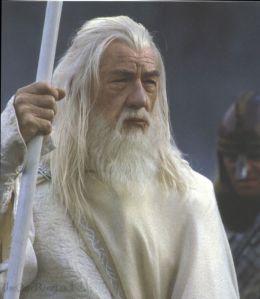 There are certainly many warnings against magical practices in the Bible.  One of the strongest is in Deuteronomy, which forbids any use of divination, sorcery, spells, etc. (This is discussed in Session 8 of the Deuteronomy-Hebrews study guide.)

But I’d say the answer to your question actually depends on how the concept of magic is being used in a book or film.  If it’s essentially a literary device, as in J.R.R. Tolkien’s Lord of the Rings or C.S. Lewis’s Chronicles of Narnia, and readers aren’t encouraged to think that they should practice magic for their own personal power and wealth, then it can be understood as a legitimate element of literature or film or drama.

Even if magic is presented as something real, but its connection with the devil and the occult is explained, and people are warned away from it, then that’s a good and helpful message for people to get.  It would be like in Shakespeare’s play Macbeth, when Banquo warns Macbeth, “The instruments of darkness tell us truths to win us to our harm.”

But if a book or film or play suggests that there’s a difference between “black magic” (bad) and “white magic” (good), even though both rely on spells and charms but not God, then that’s very dangerous.  This encourages people to get into magic and the occult and not look to God for protection and provision.  And if a book or film or play encourages people to use magic for their own power and wealth, to take revenge against people they’re holding a grudge against, etc., then that’s even more dangerous.

So in your own reading and viewing, if you know that a book or a film is going to send a dangerous message like this, you should probably stay away from it.  But if you don’t know, and you watch it or read it innocently, then you need to be discerning about the message.  Talk to yourself and with others about it.  Recognize how it differs from biblical teaching.  Talk back to it.  Actively engage your culture, but from an informed biblical perspective.

3 thoughts on “Should Christians read books and watch movies that have magic in them?”